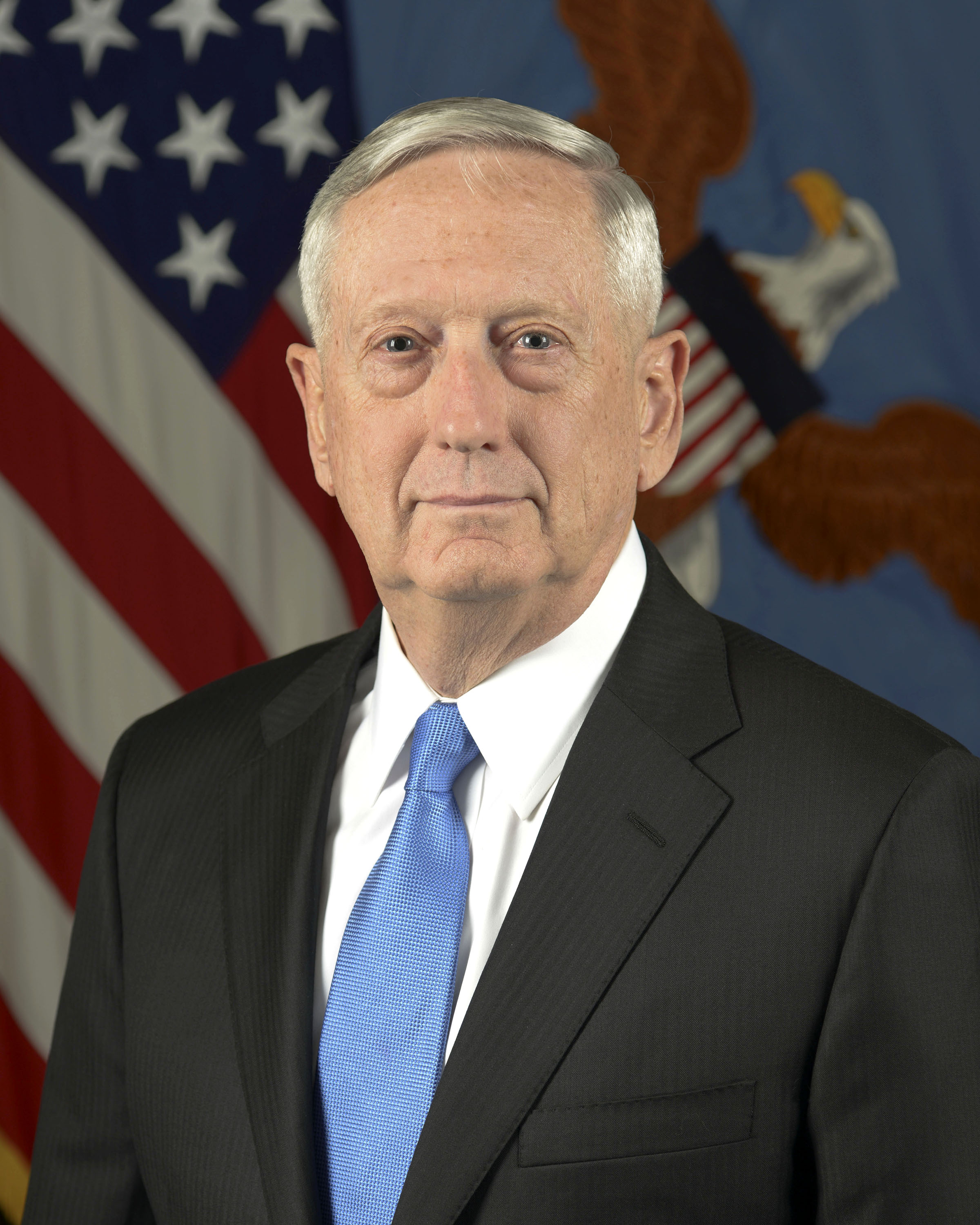 James N. Mattis served as the 26th Secretary of Defense.

During his more than four decades in uniform, Secretary Mattis commanded Marines at all levels, from an infantry rifle platoon to a Marine Expeditionary Force. He led an infantry battalion in Iraq in 1991, an expeditionary brigade in Afghanistan after the 9/11 terror attack in 2001, a Marine Division in the initial attack and subsequent stability operations in Iraq in 2003, and led all U.S. Marine Forces in the Middle East as Commander, I Marine Expeditionary Force and U.S. Marine Forces Central Command.

Following his retirement from the U.S. Marine Corps in 2013, Secretary Mattis served as the Davies Family Distinguished Visiting Fellow at the Hoover Institution at Stanford University, specializing in the study of leadership, national security, strategy, innovation, and the effective use of military force. In 2016, he co-edited the book, Warriors & Citizens: American Views of Our Military.